We recently watched an episode of Anthony Bourdain’s The Layover in which he visits Paris and found ourselves enjoying it more than expected. Not only was this because so many of the places featured were familiar, but because amidst all the gratuitous eating and extraneous indulgences that come with any food show, it was a very good representation of the current feel of the city. Watching got me thinking about how I would describe what life in Paris is like (at least for a pair of American expats).

Living in Paris means a lot of different things to a lot of different people, in both reality and illusion, but for us it has’t all been Eiffel Towers and Mona Lisas, nor are we eating richly sauced dishes or drinking fine wine every night. Sure, there have been plenty of visits to museums and a whole lot of time going by monuments, but most of those museums are ones we would never have considered on a short visit and most of those monuments we pass by while riding bikes (with the exception of Notre Dame, for which I don’t think there exists such a thing as too much exposure).

As for eating, there has been a clichéd over abundance of baguettes and croissants, as well as an endless stream of wine, but not all of the wine has been fine and most of the food (i.e. ham and cheese baguettes) has been made by us, which is to say not in the least bit fancy.

And there’s a lot more trash cans than you’d expect.

Living in Paris and traveling to Paris can be two very different things at times, but the feel of the city and its personality are the same across the board. Whether staying for a year or three days, the spirit of Paris is easily experienced. Most surprising to many visitors, especially Americans, is how welcoming it is, and how, with a little respect for the culture and customs (most notably being polite), anyone can find great time here. Especially if you don’t have to drive.

This episode of The Layover effectively captures the essence of this Parisian lifestyle:

Say what you will about the polarizing Anthony Bourdian, he creates some insightful TV that goes well beyond a simple food show (such as the fantastic Libya episode from his CNN series, Parts Unknown). 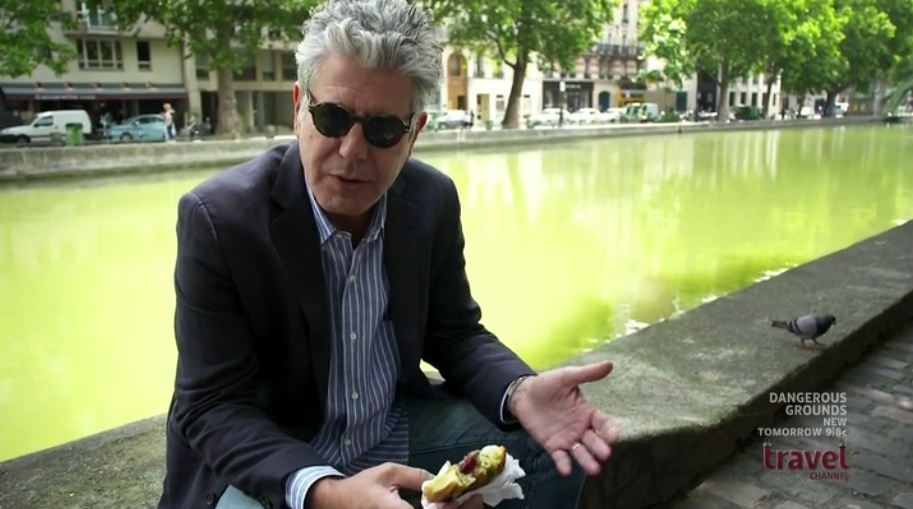 What makes this particular episode of The Layover all the more interesting is that it acts as the end of a trilogy of televised visits to Paris by Bourdain mapping the evolution of the city from the traditional Paris, to a changing Paris, and finally, in this episode, the modern-day Paris in which we find ourselves today. 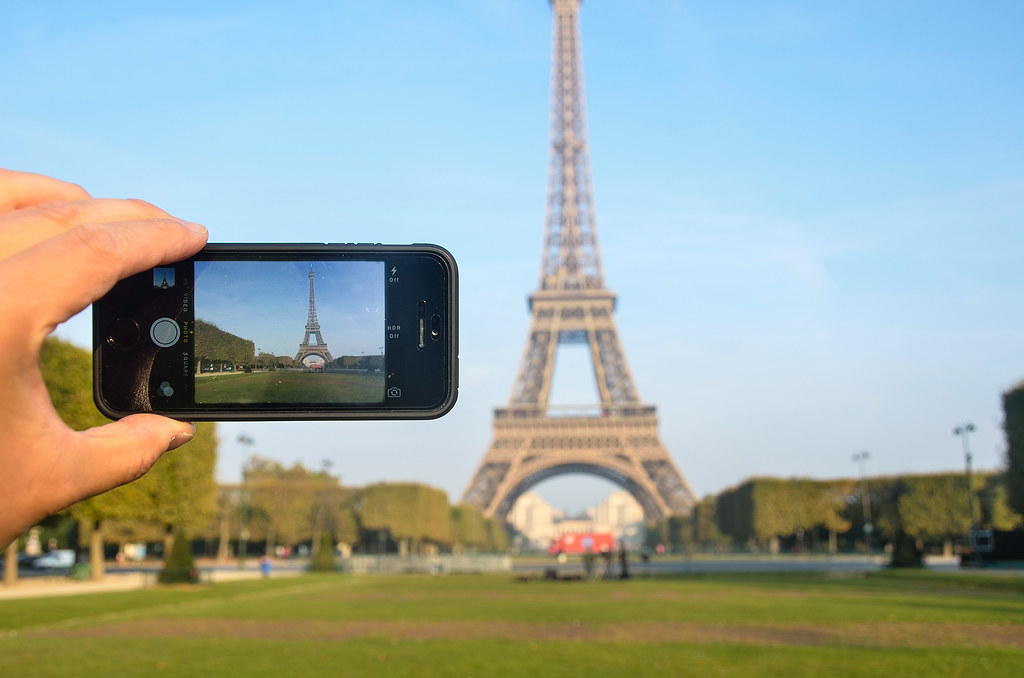 Sure, most of the places he visits are expensive, but then again Paris is expensive, especially if you are eating out, and especially if you are eating out well (case in point the shellfish tower he indulges in at 27:00). More important than the actual places he visits are the discussions he has with local restauranteurs about the shifting culture, both food and otherwise.

Read More About the Places Anthony Bourdain Visits in The Layover

And, even more enjoyable are the segments featuring locals talking about life in Paris. My favorite comes at around the 24:19 mark when the owner of Shakespeare and Company, Sylvia Beach Whitman, discusses the finer points of wandering.

Read More About the Finer Points of Wandering

If you have the time to spare on your next visit, are looking to experience the city on a more intimate level, and can pull yourself away from the queues of the Louvre, Tour Eiffel, and Musée d’Orsay, take the advice of Anthony Bourdain and try stopping by a cafe for an hour or two or picnicking in a park, or even along the Seine. When you’ve finished with your picnic sit there awhile longer. And when you’re finally ready to leave, sit some more. 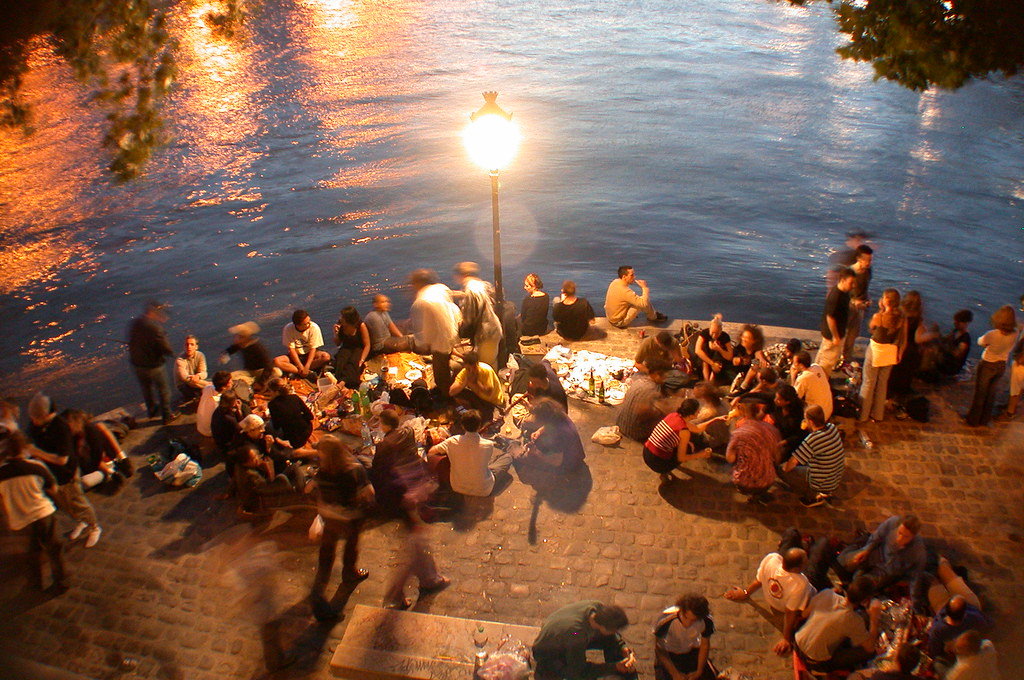 As Mr. Bourdain notes Paris “feels more like Brooklyn – independent and surprisingly casual.” In Paris there is a respect for the past without being a slave to it. There is the ability to enjoy the classics but at the same time an openness to trying something different. There is no more pretentiousness, rudeness or rigidity than anywhere else, maybe even less so. It is as safe as any city out there, especially compared to New York. And there is just the right amount of striped shirts and Gérard Depardieu to satisfy expectation, which is to say not an overwhelming amount of either.

Having done both versions of visiting Paris – the leg-punishing tour de force postcard sightseeing and the leisurely laissez-faire gastronomic life seeing – I can safely say the one that best provides a sense of the city never requires you stand in a line.

However, if you are too far from Paris to experience either in person, popping open a bottle of wine and watching this episode of The Layover might just be the next best thing.